The Last Fishermen of Venice

"Fishermen of Venice": Sounds like romance, magic sunsets, a live in paradise.
But: They live scattered on a couple of islands in the middle of an enormous area of water, in a parallel world to the mainland and to the palaces of Venice.
The lagoon is as good as fished out, polluted by industry, churned up by excessive shipping and most of the residents live in poverty, in a setting filled with wishful thinking – one of the most desired destinations in the whole world.
What does the reality look like, where EVERYTHING is considered to be a photographic motif, even the abandoned boats rusting in the water, the fishing huts in ruins, the tiny little houses and apartments in the island villages?
The lagoon often looks like an almost monochromatic grey/blue. The sky and water have the same colour. The horizon is no longer discernible. When a boat goes by, it appears to hover. When fog hangs in the lagoon, a similar phenomena exists. Everything appears to have disappeared in a white/grey nothing. Then it is obvious to film most of the scenes of the film completely in black and white. Similar to the films of the Italian Neorealismo.
Reducing to black and white makes it possible to focus on the essentials, to show the reality more clearly, without distraction.
The film accompanies a few fishermen for one year, with their families in their daily lives that often appear absurd in a world of water.
Sometimes the lagoon residents appear like Samuel Beckett figurines waiting for a better world, that will never be better... 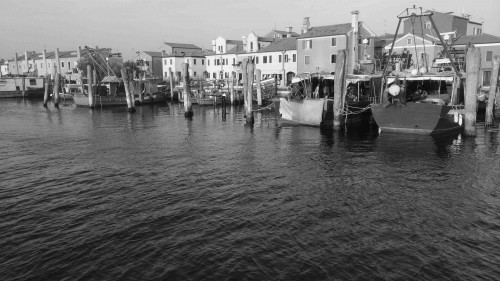 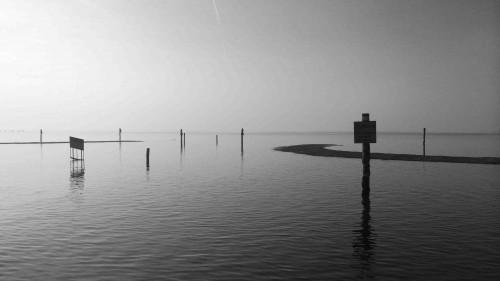 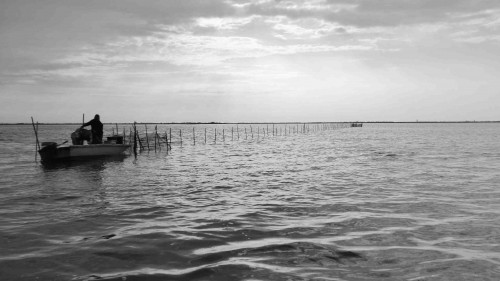 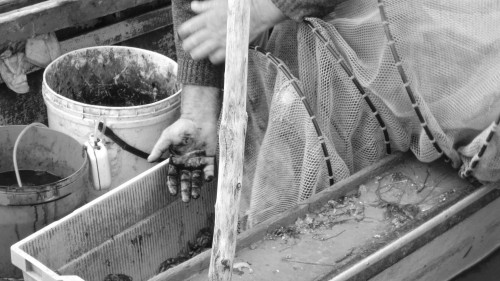 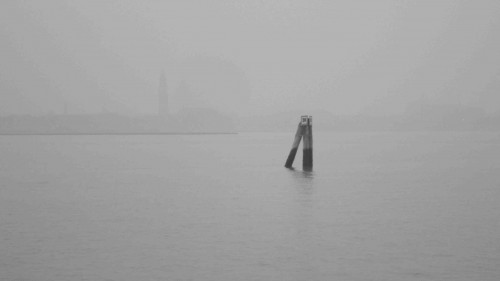