ABOVE THE ROOFS OF GRAZ

The old city of Graz was declared a UNESCO World Heritage Site in 1999 due to its superbly preserved city center.
The Schlossberg rises up from the very heart of the city, and has virtually grown together with the city center.

It provides a breath-taking view of the red rooftop landscape, whose appearance to the present day is characterized by original terracotta tiles, some of which are up to 600 years old.

The historic houses that nestle against the Schlossberg offer a wonderful view from outside - but their roofs also mark the boundary to a refuge that is largely closed to the bustle of the city and eyes of tourists.

The ancient walls conceal ateliers and workshops, modern apartments, huge attics, sleeping bats and cats. Roof-top gardens form green troughs in the sea of houses and home gardeners tend their oases between the remains of the medieval fortress wall. Secret inner courtyards and blocked-up alleyways hide their existence just as a house does its access to private gardens in the Schlossberg rock. 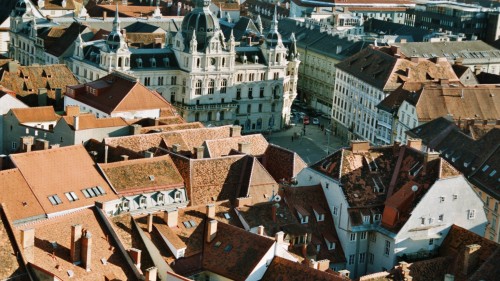 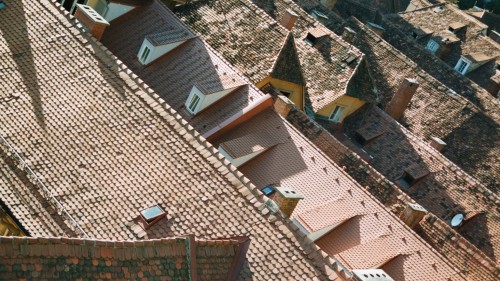 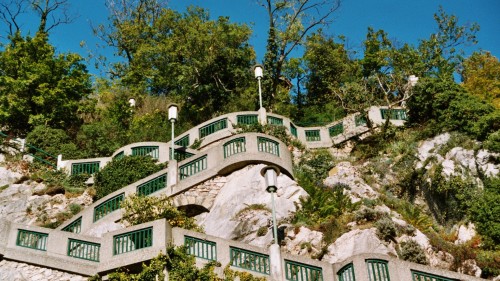